Students can get full marks for out…

No Punishment has been given to the… 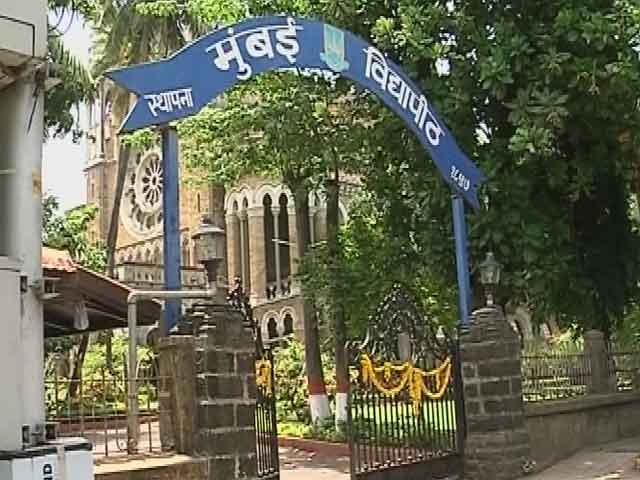 Six persons working at Mumbai University’s examination department arrested by the Ratnagiri rural police in a making fake marksheet. Ganesh Mungekar, is an employees, at examination department, and others are identified as data entry operator Gorakhnath Gaikwad, peons Mahesh Bagwe and Pravin Ware.

The case came in to picture when the university got a forged marksheet of a mechanical engineering student, Suyash Shetye (22), from Ratnagiri’s finolex academy of management and technology for verification.

Mumbai university wrote back to the college stating that the first year university marksheet was forged and directed them to lodge a complaint. On september 7, an FIR was registered against Shetye and the college’s security guard. vinesh haldankar, whom the student had paid to get the fake marksheet. They were booked under section 420, 465, 471, 34 of the IPC for cheating forgery, and arrested

The police said Shetye had been failing first year for the past two years and wanted to seek admission to the second year. Senior inspector Suresh Kadam said, “Shetye had failed in seven out of 12 subjects and to get promoted to second year, he needed to pass in seven. The student gave Rs 97,000 to Haldankar for providing him a fake marksheet through the staffers at the university. He arranged the money from his parents on the pretext of buying a bike. The cash reached Mungekar through the guard, Gaikwad and the peons. Mungekar used a photocopy of Shetye’s marksheet, changed ‘F’ to ‘P’ for the two subjects he had failed and also increased marks,” said Kadam. “Shetye submitted the forged marksheet at the college and claimed he had cleared the subjects after re-valuation. The college then sent his marksheet to the university for verification in August,” he added.

However, Shetye was marked “failed” in the university records and the crime was caught. Shetye led the police to Haldankar, who spilled the beans on the other accused. “When Mungekar learnt about the FIR, he immediately transferred back the Rs 97,000 to Shetye’s account to avoid legal hassles,” said Kadam. The police arrested the other accused on October 3, 5 and 9. While Mungekar and Ware are in police custody till October 16, the others including the student have been sent to magistrate custody remand.

Wasting of answer sheets in exam, Mumbai University is taking serious note on this | educlash

Vipin is the content writer at educlash. As, he writes about news related to mumbai university, information technology and much more..

IT + IT = IT: PM Narendra Modi devises new equation

Subs to our yt channel!

What matter us the most!

Team that help us grow

Know The Steps To Acquire A Duplicate Marksheet From Mumbai University, If you Lost it

MCA Fulltime or MCA Parttime? Confused, well we will help you out!!

IT vs. Computer Science, Which Degree is Right for You?

Is it worth doing an MCA degree?

This website uses cookies to improve your experience. We'll assume you're ok with this, but you can opt-out if you wish. Accept Read More